Investment in renewable energy recognised by The Green Organisation

Use of renewable energy to power our units is an important part of our business. Serious investment has been made in developing products that drastically reduce the burning of fossil fuels, helping to foster a cleaner environment.

We have placed carbon emission reduction; lower fuel costs and empowering the use of renewable energy at the heart of Unisex Solar Hybrid Toilet.

Our efforts have now been formally recognised by one of the leading environmental campaigners, The Green Organisation, with the Unisex Solar Hybrid Toilet winning a Green Apple award.

The Unisex Solar Hybrid Toilet is a combined male and female toilet system that is designed for use on construction sites. The female area features a low flush eco toilet with a 400 litre waste tank. The male compartment also has low flush eco toilet and a 1200mm waterless urinal with a 1200mm stainless steel wash trough with two warm water taps. Both female and male users of the Unisex Solar Hybrid Toilet benefit from warm water supplied by on-board heating system, 12V LED lighting with PIR, liquid soap and paper towel dispenser.

Uniquely, the Unisex Solar Hybrid Toilet is powered by a combination of highly efficient 130amp power AGM battery, which is charged via an intelligent solar power system with a built in controller. The complete system is backed up by an on-board super-silenced generator, which ensures that the most cost-effective and energy efficient power supply is maintained, even when it is unmanned. 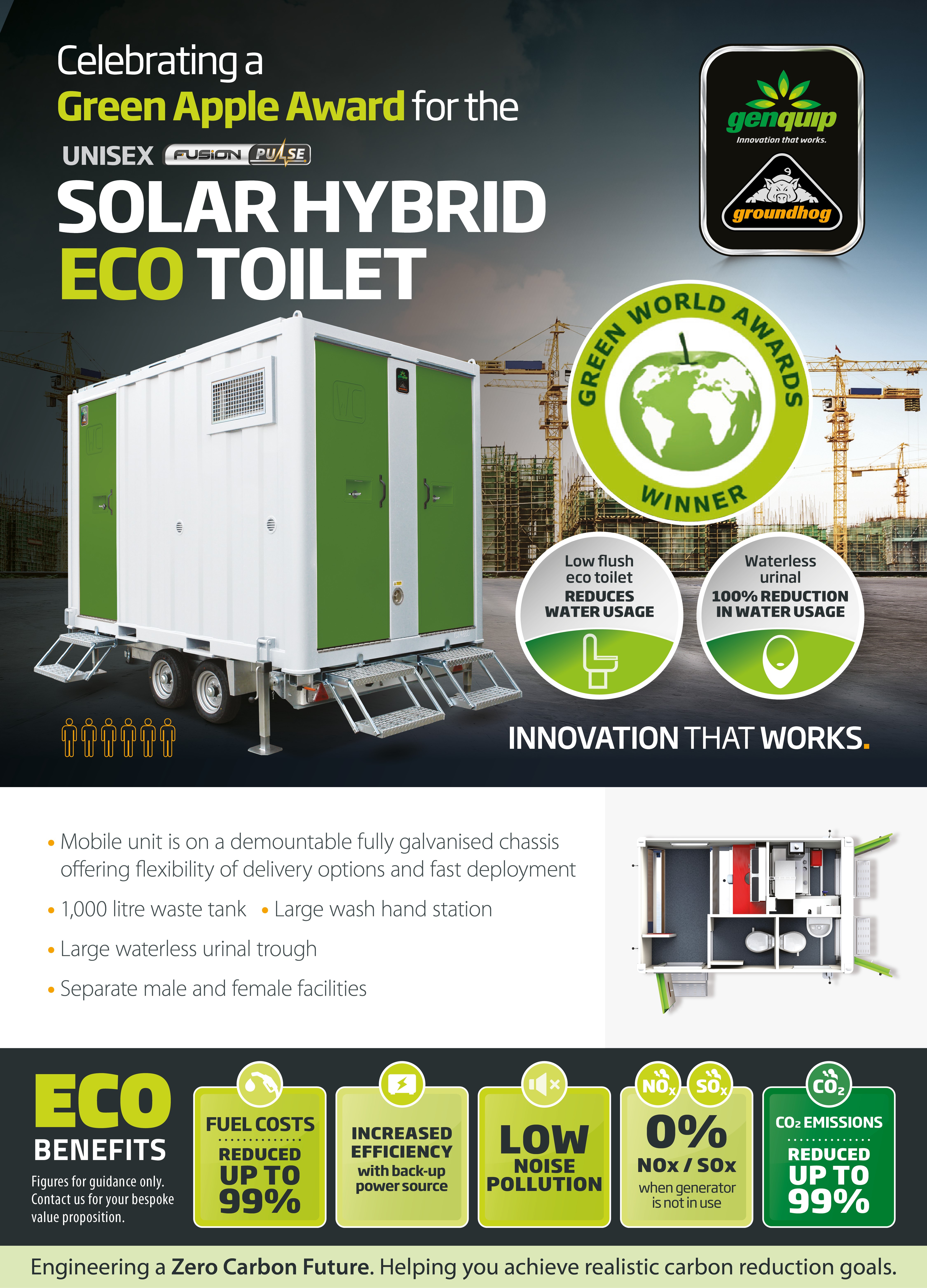